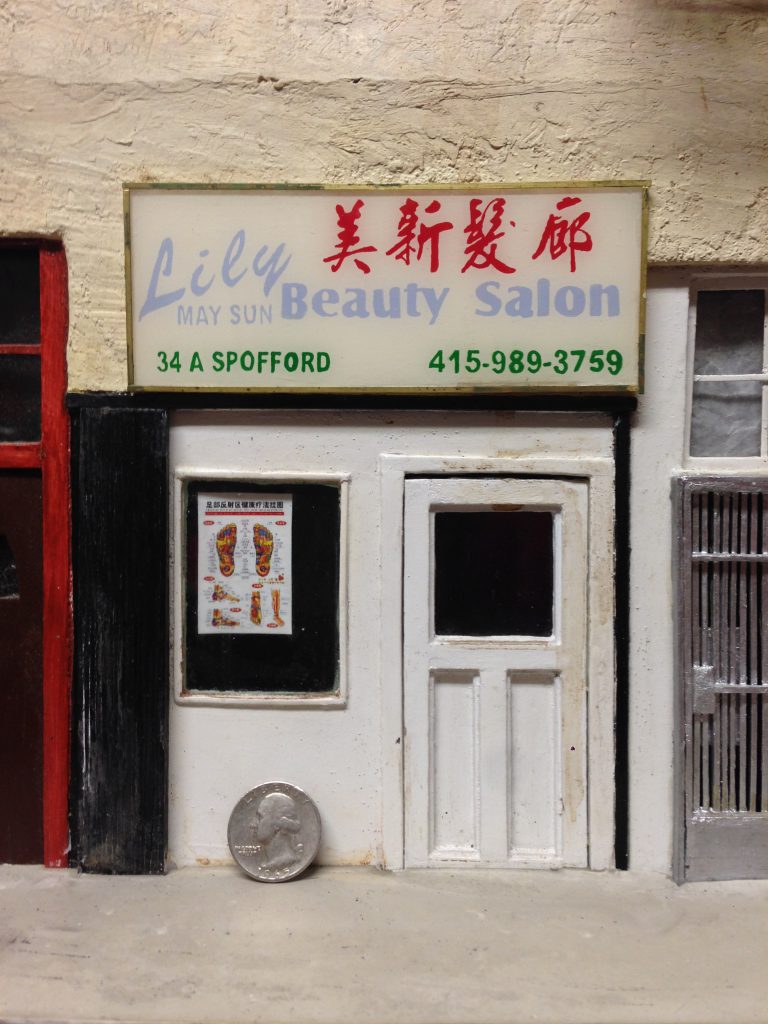 How did you start making miniatures?

I always wanted to be a painter, or a fine artist to some extent, so I’d dabbled and flirted with many different mediums over the years. I was living in a house with a bunch of friends and we would all collaborate on little projects together. My friend George Crampton makes amazing paintings of cars and freeways and cool psychedelic blighted cityscapes. We would brew a pot of coffee, listen to records, and work on art together on our days off. We share a mutual love and pride in our city and the way it looks and operates. The way he would paint and our shared interest in our subject matter is what originally got the spark going for me to make miniatures.

It was always hard for me to make a painting directly on a canvas and work two-dimensionally. I like the process of planning, sketching something, building a rough armature, molding it, and building it up from the ground. With building a miniature, I’m able to work on different parts of the model separately and then combine them when its time for them to come together. Ill be working on painting on a piece of glass one minute and then scuffing up a piece of ceramic another, but they’ll ultimately come together on the same piece. I guess it just feels more dynamic in the process of building something, than working in oil paints, but to me I think of these little things as my brush strokes and they all come together to complete a piece. It is my own version of making a painting, I’m just able to obsess over the details more and develop different part of the piece with different media, but ultimately I see it as the same thing. 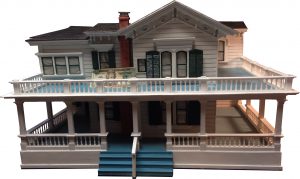 Tools, techniques, or materials you couldn’t live with out?

I try to make my models using the materials that were used to make the actual building. For windows, I use glass, cement for the sidewalk, wood for the doors and siding, metal for railings, etc. This way the pieces seem to have the same proportionate weight as the building I’m trying to recreate. But, I use a lot of spackle — paint, sand, spackling paste, paint, sand, spackle and repeat, sometimes ad nauseam… to get whatever I’m working on to look right.

What inspires you? What keeps you creating?

I’m inspired by the way things that only exist to be useful can take on a strange beauty of their own, functional things like fire escapes or power lines for example. They were built with no aesthetic purpose and are only there to function, yet they are beautiful nonetheless merely because they exist spatially and complement the world around them. 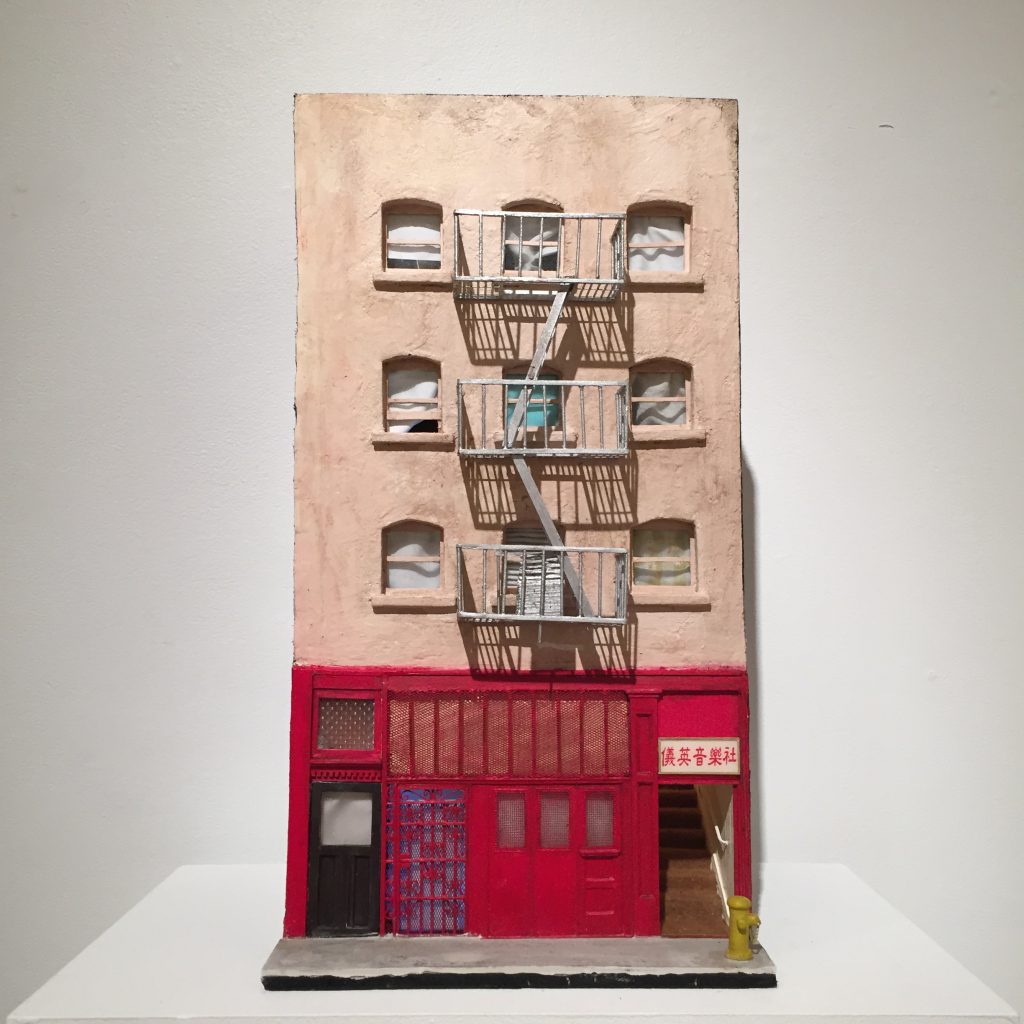 I’ve always had a problem with the modern approach to architecture and a lot of modern design in general. I disagree the way all new buildings seem to be made from the most cost effective approach, to create an environment that’s squeaky clean and safe feeling for the people that live there. They look like laptops. My models are all buildings that are old and somewhat decrepit and have taken on a shine of their own because they have existed and weathered the years and taken on personalities of their own throughout the generations that inhabited them, each coat of paint or cracked tile a different point of view, not just new and disposable. I think there’s something to be said about something, and in this case buildings, being fairly unspectacular and achieving a certain patina over the years, rather than making a grand gesture and ultimately having nothing really to show and being all together forgettable and disposable.

San Francisco has been undergoing a lot of changes over the past twenty years or so, due to the growing tech industry in the Bay Area and the economic boom that it has brought to the area. There has been a lot of turnover in the people who are moving to the city, and the people and families that are being forced out because of the skyrocketing prices in rent and the cultural shift. A lot of the old buildings have been slated for removal to create condos or other big, ugly retail locations. Unfortunately, that seems to be the shift and the culture around a lot of new architecture from what I have witnessed. Not only is it sad for me to see the funky old building that have inspired me get leveled and replaced with new ones, but the new buildings also seem to sit as gravestones to the fleeting culture and vibrancy of the city that they have pushed out. I’m just trying to celebrate what good there is left in San Francisco that refuses to conform in these hectic times, and the buildings that surround us speak to me as the symbols of change, colonization, and development, or at the same time stalwart, unassuming landmarks that inspire people to be proud of their city and what it is comprised of.

I really admire the work of Alan Wolfson’s miniatures and the way his work documents the New York City he grew up in, with the grimy subways and peep show theaters, pizza joints and greasy spoons. His sleazy New York of the ’70s and ‘80s tell a sort of Saturday Night Fever story and are such robust images of a time period that is so no more. They are reminiscent of the San Francisco of the ‘80s and ‘90s of my youth that I see quickly slipping away and remind me that it’s worth documenting what has surrounded me and inspired me while I was growing up. 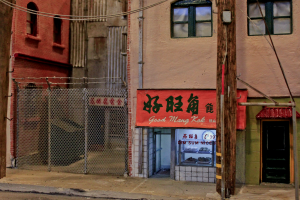 I enjoy the process of each piece and the way that they all unfold. I never really know how I’m going to tackle a project until I’m fully into it. The puzzle completes itself in the end, I just have to be patient and sometimes have to do things twice or three times or get stuck for a little while to make them work. After working on a few pieces that took me six to eight months to complete each of them, over the summer I’ve been trying to focus on making some simpler pieces, which take less time to complete and serve as pieces to hang on the wall — a little less sculptural and more like a painting. It was worth a shot, but now I’m ready to jump back into a bigger project and work on a puzzle with a few more pieces again.

I don’t believe in absolutes, but sometimes “Less is more.”

Malcolm Kenter is based in San Francisco, CA. To see his latest miniatures, head on over to Instagram or follow along on Tumblr. 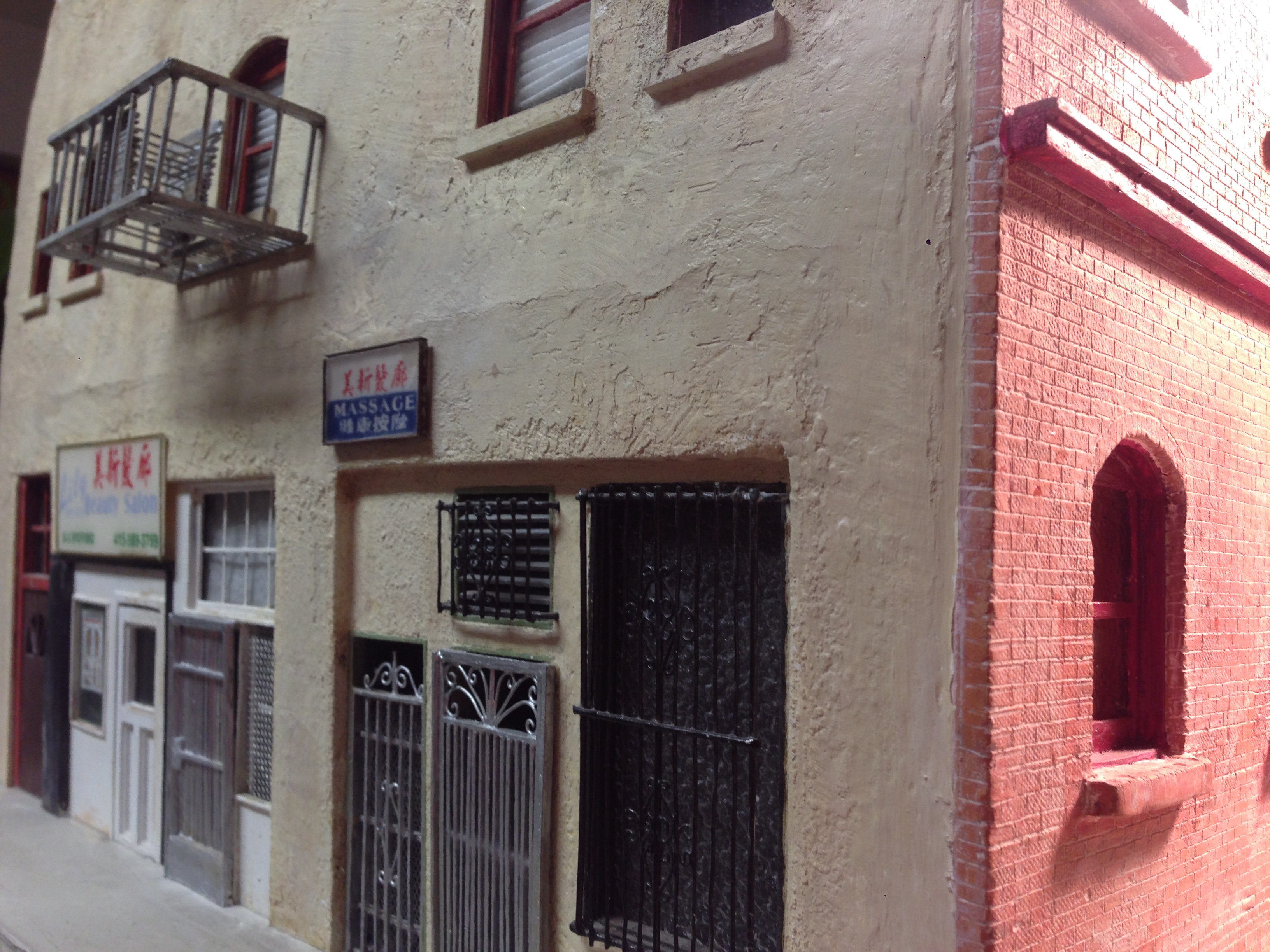