How did you first get started in miniatures? 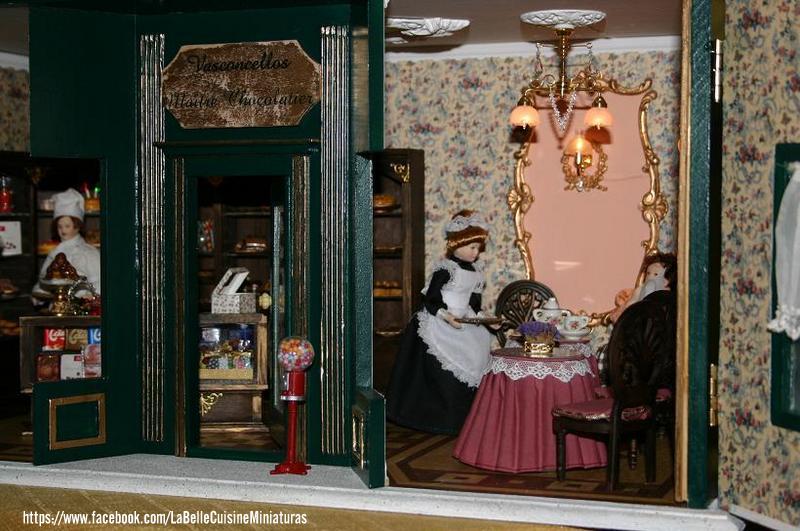 Miniaturism isn’t my professional work, although I regret that. I’m a wife, mother of two lovely girls, nurse at a hospital, miniaturist, and also a painter (oil on canvas). I also do cross-stich, crochet and fabric dolls.

My interest for miniatures started in 1998 with the construction of a dollhouse (by kit). Since then, I have collected and changed other kit collections, and worked on a miniature kitchen and room boxes. Soon I decided to stop collecting and to become a miniaturist, creating my own pieces. That’s when the passion really started.

How has your work evolved over time?

After building 3 dollhouses from kits, I thought it was time to create my own pieces, almost entirely done by myself. I started then with “Zeferino’s vegetable market” with grocery packages, fruit and vegetable crates and that’s where the taste for the grocery packages was born. Scanned from the real size boxes,

I have since then built 63 grocery boxes and a total of 145 Portuguese grocery products, including the typical salted codfish, smoked ham, crates of fruit and vegetables, and more.

Next, a chocolaterie (pâtisserie), called in french “Maison du chocolat,” was born. Inside it there are various cakes, bonbons, and chocolate boxes which turned into a real passion and are a tribute to chocolate. I looooove chocolate!

A haberdashery called “Casinha do botão” (Button’s home) and “Quintal da miquinhas” (miquinhas’s backyard) followed. They were both created and built entirely from scratch.

Sometimes, I feel a little lost with so many ideas and the strong wish of turning them real. At present, my creations are mainly directed to kitchen articles such as boxes of food, fruit and vegetables, groceries, and also some pieces of furniture in miniature, such as beds with their bed covers and bathroom towels. 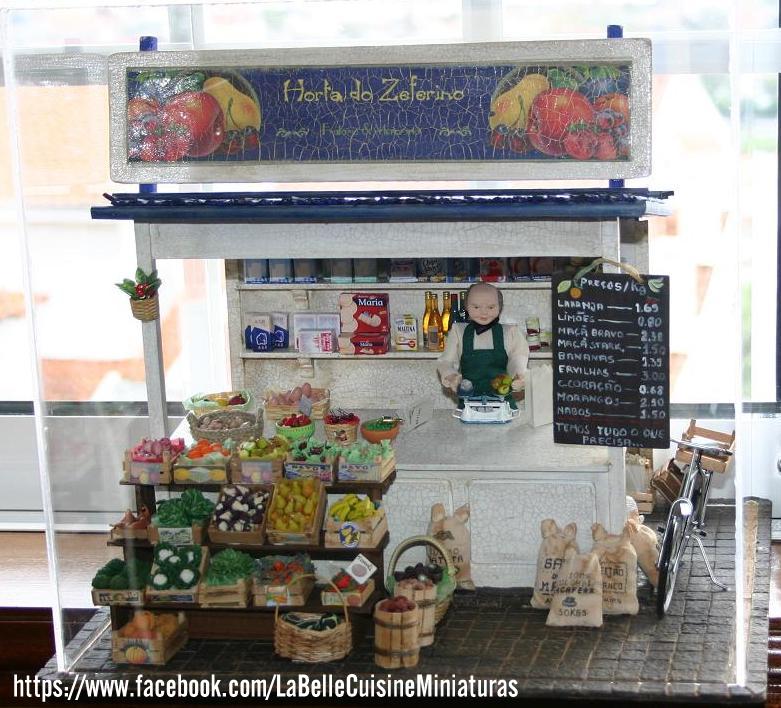 What materials do you use to make miniatures?

I really enjoy working with polymer clay, but also with other materials, like fabrics, wood, cardboard, and more. Many times I use common daily materials in my miniatures. I usually say that other people’s “garbage” is our good fortune.

Favorite mini you have made yourself?

I love my market stall “Horta do zeferino” (Zeferino’s vegetable market) and the chocolaterie (pâtisserie) I mentioned above.

Sometimes, just a common little thing is enough to suggest an idea for a new creation, such as a roombox. In the case of “Miquinhas’s backyard” it was that character doll, Miquinhas, that I bought from the talented doll maker Alicia Volta, a friend from Argentina, but living in Portugal, that inspired me to create a garden corner where Miquinhas is planting some pots. Chocolate inspired “La maison du chocolat” and thread reels led to the creation of the haberdashery “button’s home.” 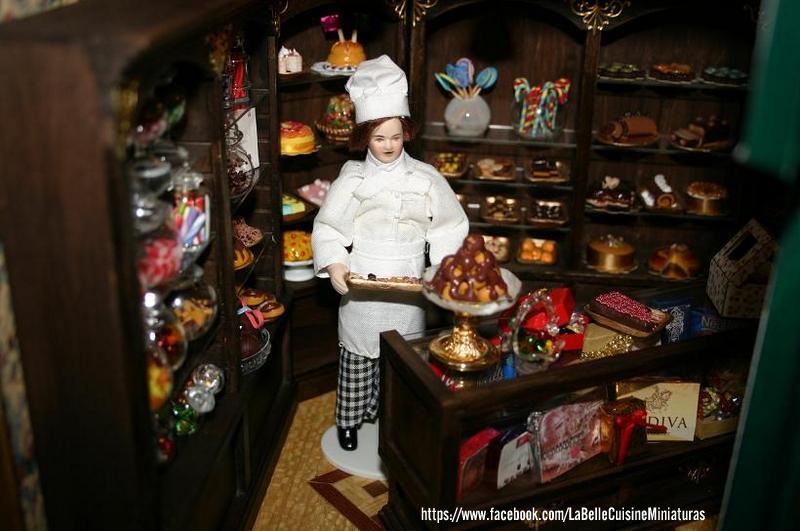 Other hobbies you enjoy? 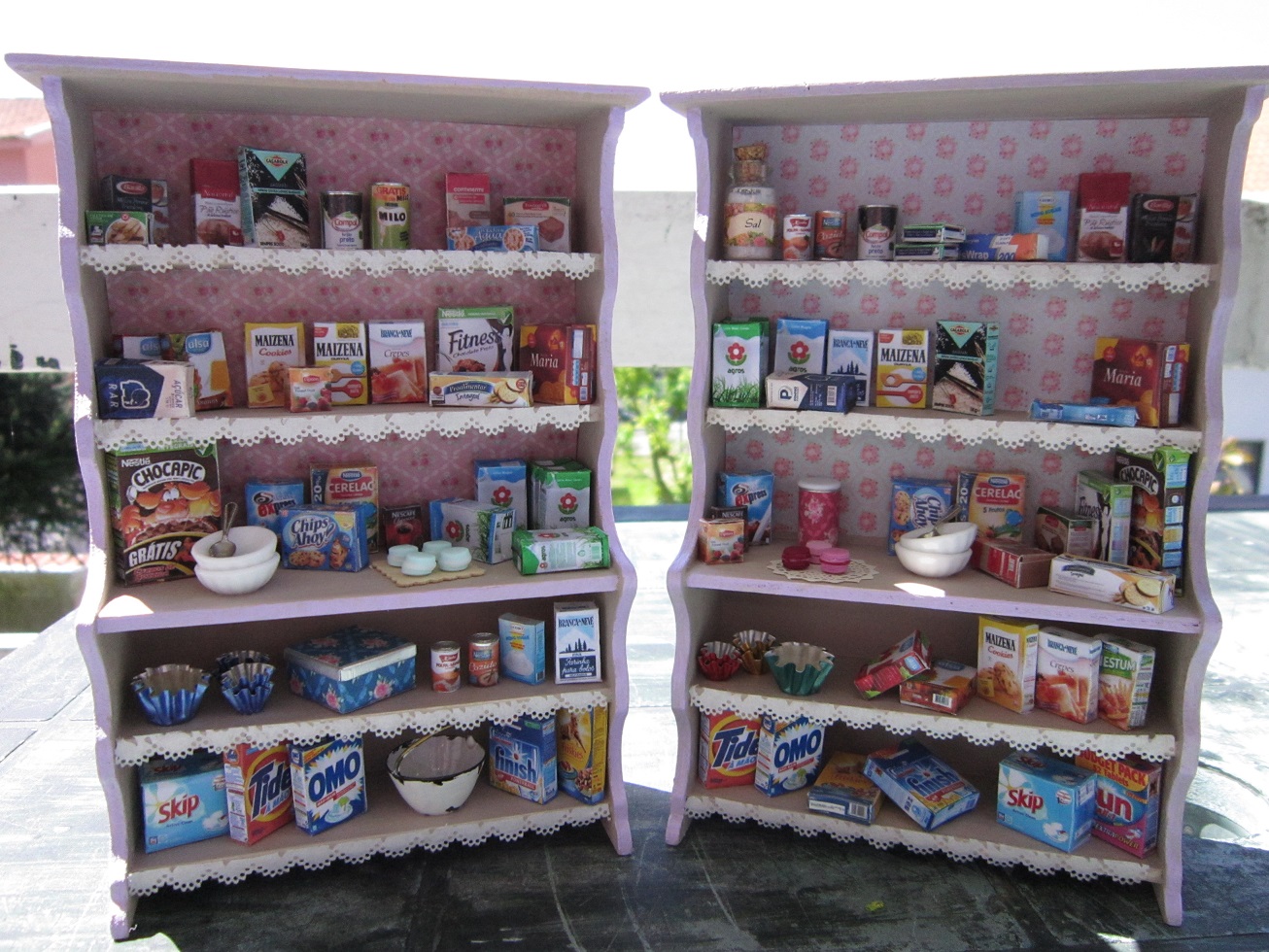