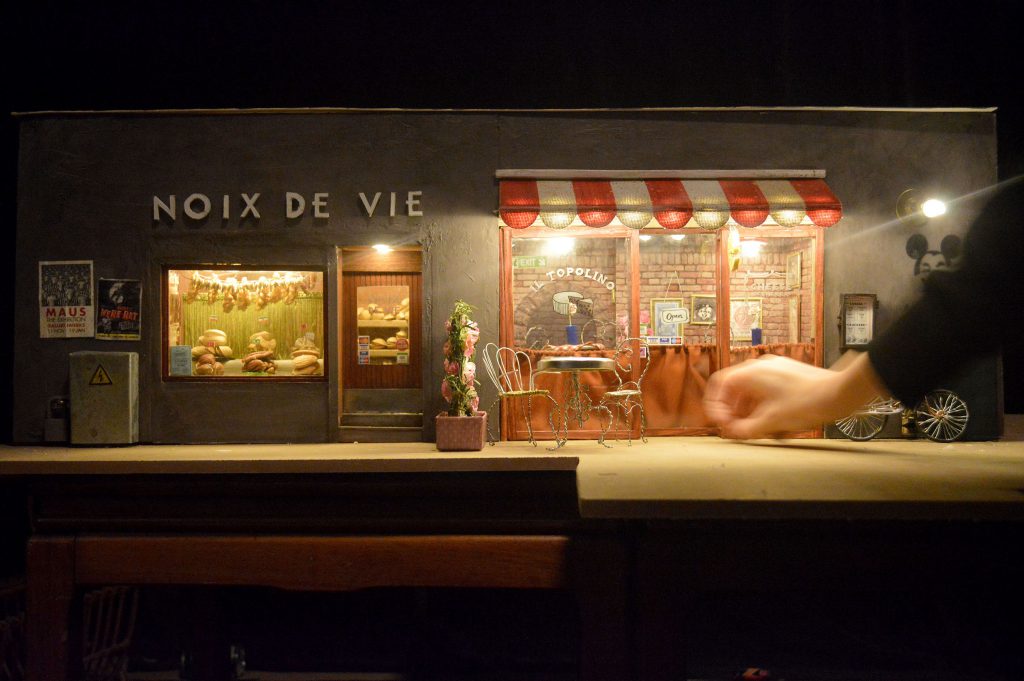 Oh, wow. That’s hard, since we build things inspired by Astrid Lindgren, Walt Disney, Don Bluth, and Beatrix Potter, to name a few. It feels like it literally has been with us since we were born.

How did you first get started making Anonymouse scenes?

The interest to construct things have been with us for a very long time. But it wasn’t until last year that a couple of us started to discuss the possibility of combining our love for constructing things with street art. 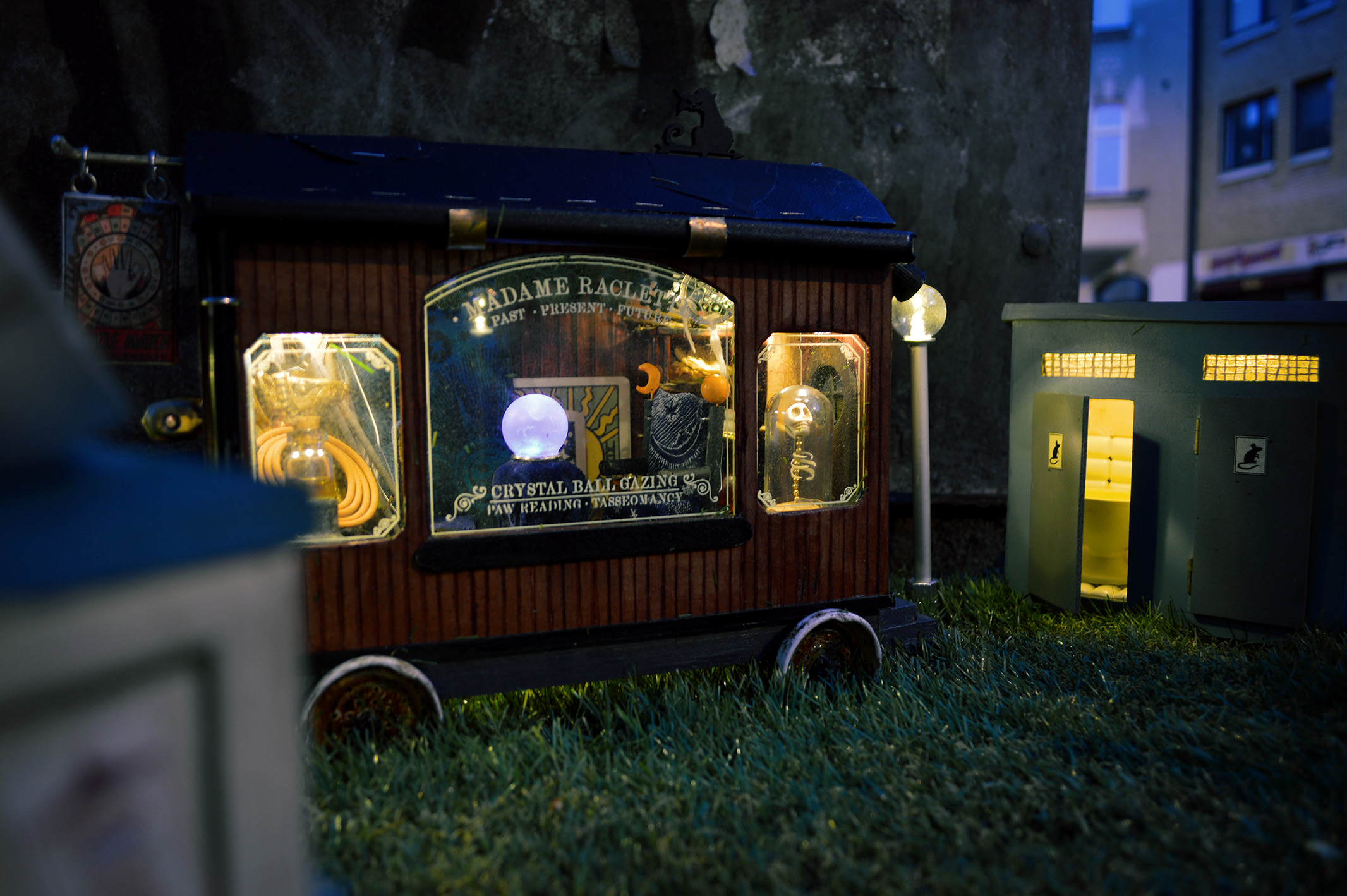 We believe that miniatures speak to people in an immediate way. If we think back to things we collected as children — rocks, stamps, bookmarks or marbles — they are always tiny. Which also makes them accessible. So, adults might tap into that feeling once again upon seeing our scenes. 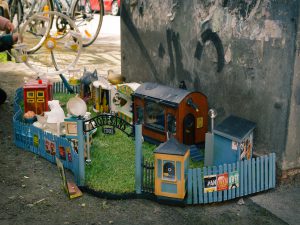 What does the MMX in Anonymouse MMX stand for?

MMX is the airport code to Malmö, in Sweden.

The original idea was that whoever wanted would start their own section of Anonymouse and add their code.

What was the first miniature scene you made?

We made a restaurant called Il Topolino and a nut shop called Noix de Vie. We placed these in December of 2016 and they became quite popular. 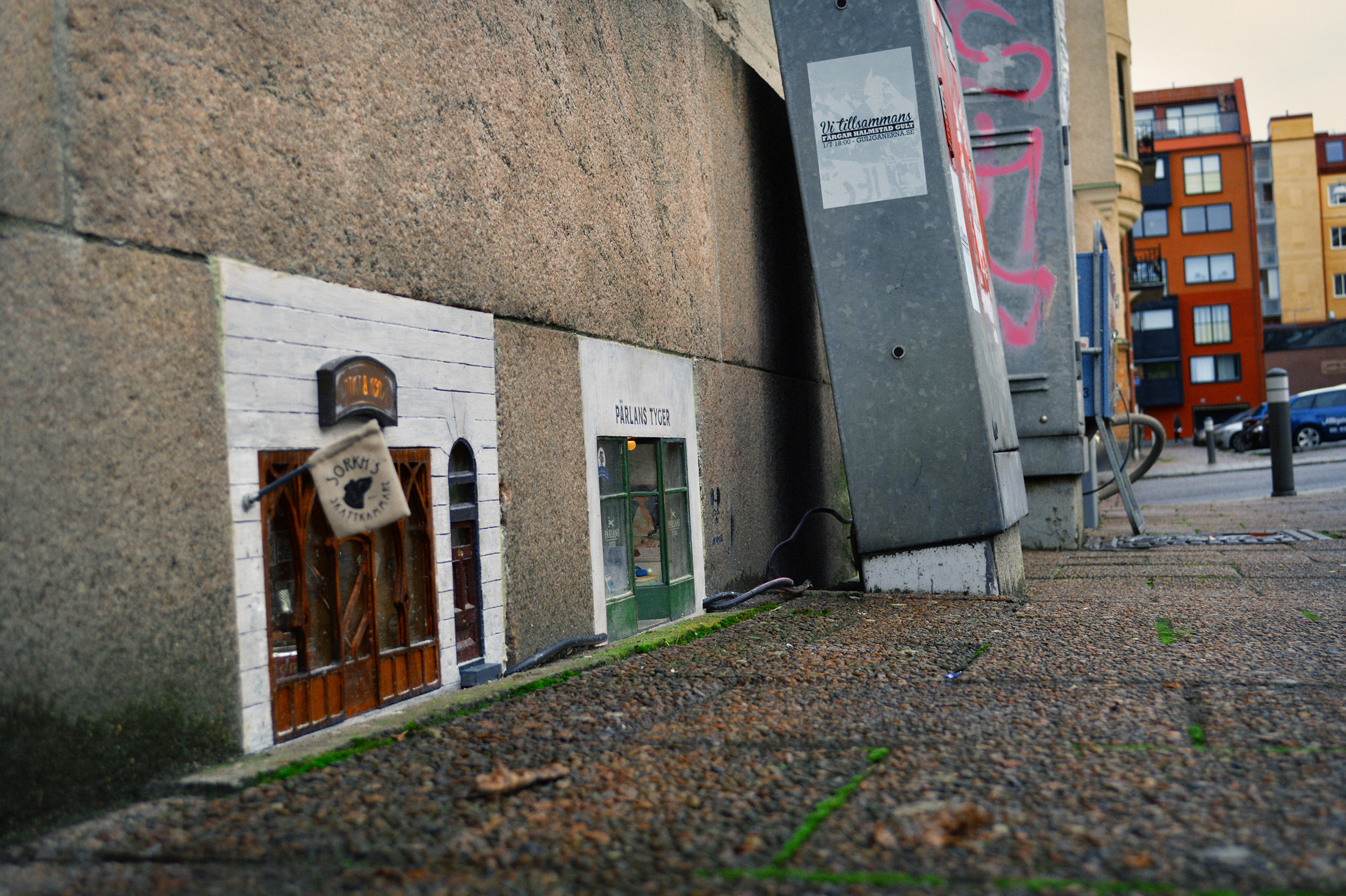 How does Sweden inspire or inform your urban art?

Public art is quite regulated in Sweden and there are quite few street artists doing anything other than graffiti. Although that seems to be changing right now.

And also, we are no experts so there might have been a whole underground thing going on for years that we’ve missed! 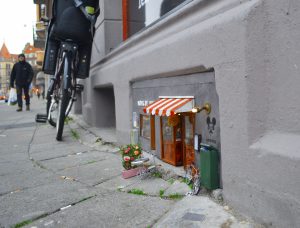 What is your favorite type of scene to put on display to the public, and why?

We’ve experimented a bit now and the better the scenery can be incorporated into the environment, the more successful.

And also the latest one is always the favorite. As soon as it’s out, we start on the next one.

What elements do you like to always include in your Anonymouse scenes?

Our logo, with the hashtag #anonymouse so that people can find the rest of our scenes. And so that we can find them!

And we bet we’ve used bottle caps in every one so far. We try to use things that people recognize as much as possible. 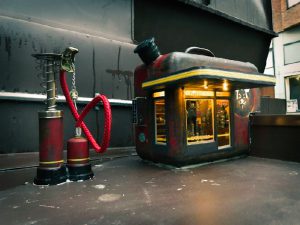 What is the most challenging aspect of your work?

Well, staying anonymous is one part of it. But also finding the time! We absolutely love this. But we’ve got to work as well. So its hard when you feel like you’re letting people down because you can’t produce as fast as they want.

What advice would you give to new urban artists and beginner miniaturists?

Be focused. And use epoxy, screws, and real wood! We started with cardboard and wood glue. And everything fell apart after four days outside. Be sure that what you build can stand the weather! 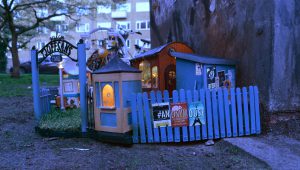 We still rewatch The Rescuers, and are inspired by times when cities were still built organically. Everyday objects can be very inspiring. We have all started to look at things before we throw them away, now thinking, “how would a mouse use this?” Lots of ideas have come from staring at something really inconsequential.

What is the most memorable form of miniature art you have ever seen?

One of us absolutely loves the details of 17th century watches. 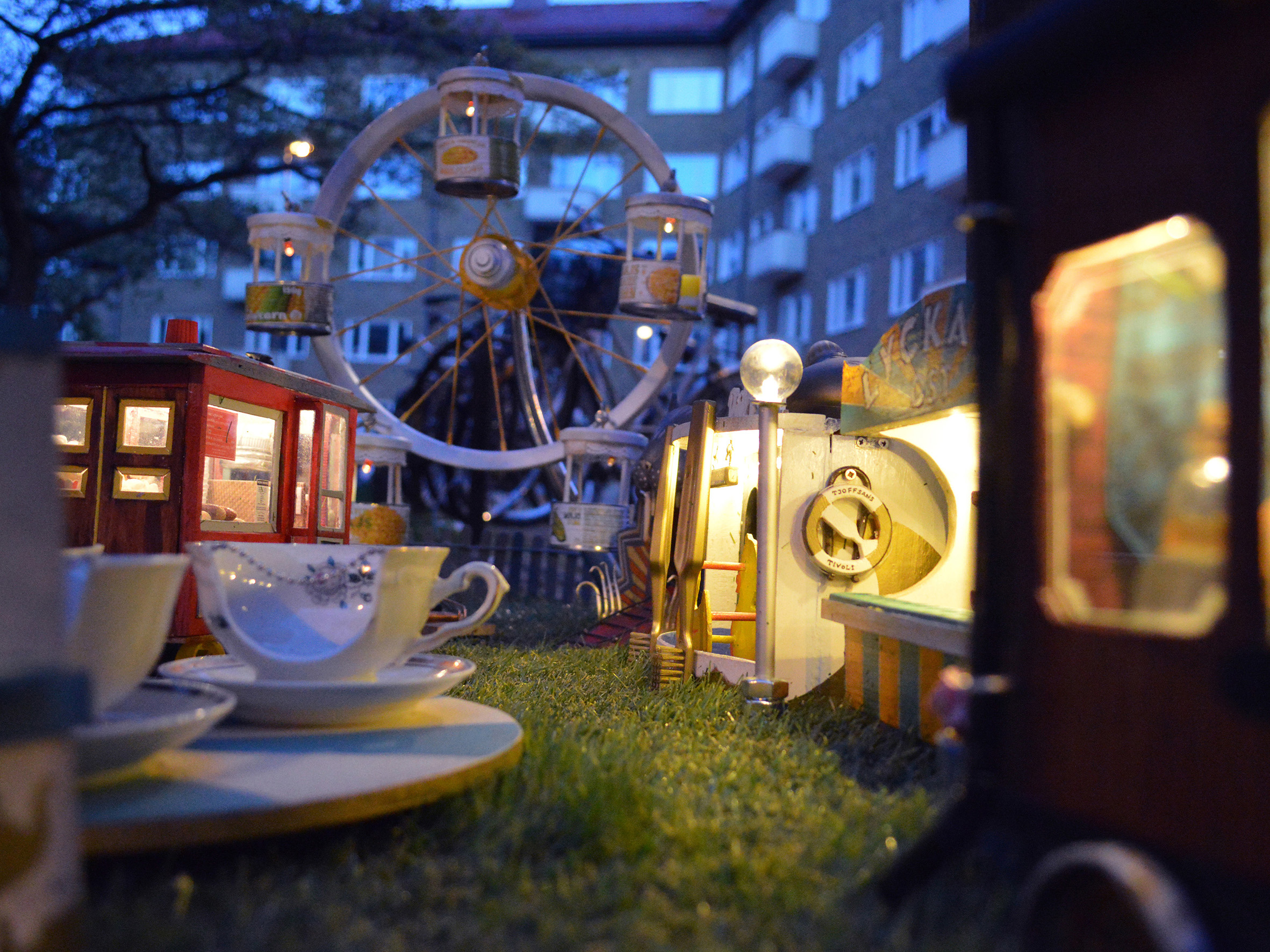 We think, as with all art forms, we need to bring it to places it can be seen. And we believe that with the high quality cameras on smartphones, and all forms of social media, that all sorts of miniatures are getting a renaissance! (How many millions of people have seen hamsters eating tiny burritos?!) 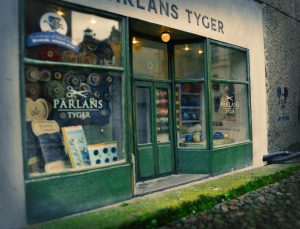 What would you like to see replicated in miniature that you have not yet seen?

We would love to build and/or see a complete wooden harbor straight out of Treasure Island.

What appeals to you most about what you do?

The idea of being a child yourself, just stumbling upon something like our Anonymouse scenes.

What’s to come from Anonymouse?

We’re working on a new set in Malmö right now.

Occasionally people contact us but it rarely pans out. 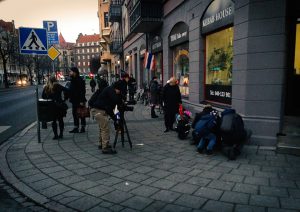 Other hobbies you enjoy?

Well, we craft… a lot. People usually ask us how we find the time to do this, and the answer is that it’s all about priorities.

If you don’t binge-watch Netflix you can get a whole lot of tiny things done. Now, obviously we don’t only do mouse-related things, but if we told people about the other things then it would be too easy to figure out who we are. 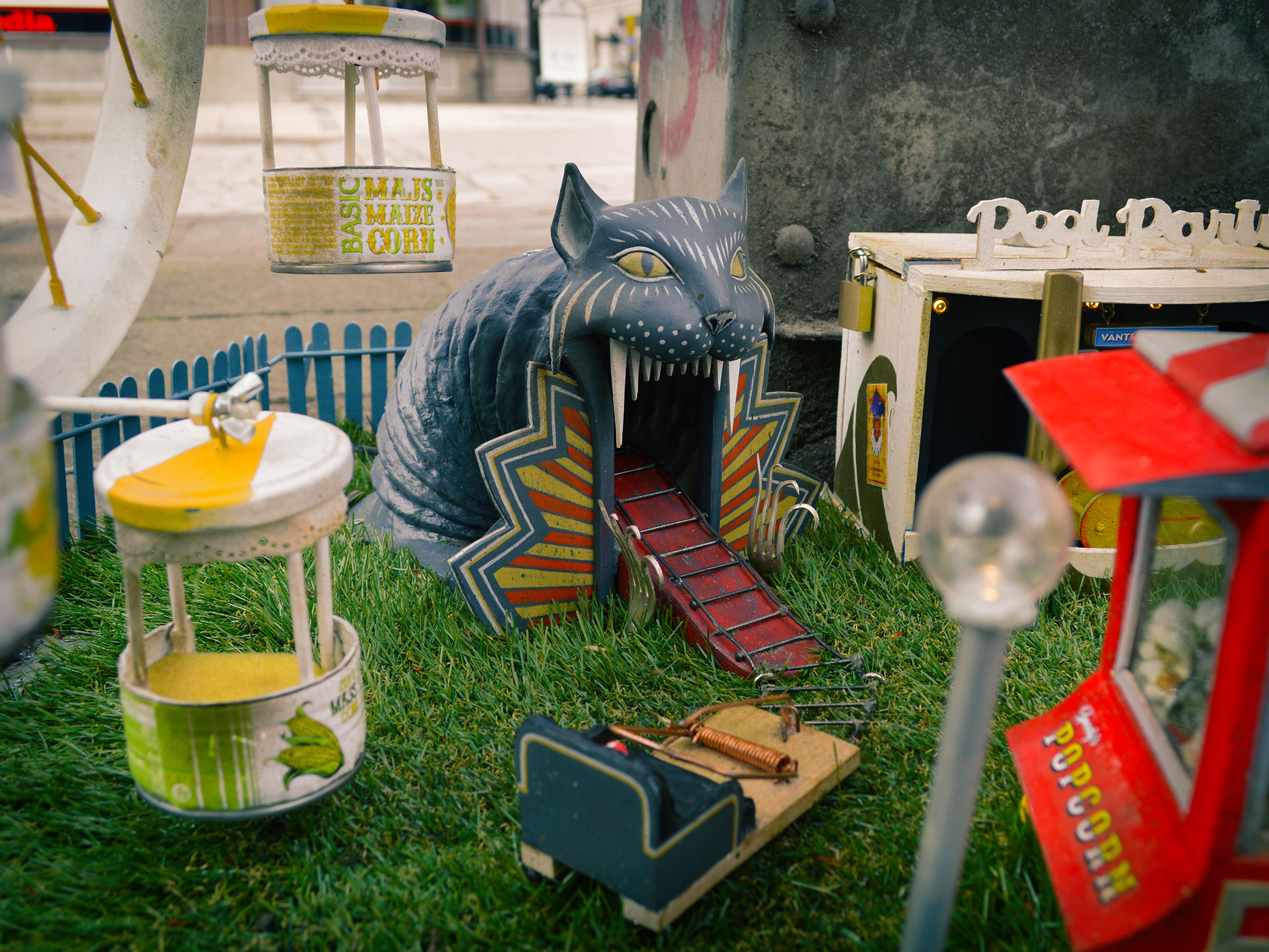 We’ve received numerous emails from people all of the world asking for permission to build their own “mice houses,” and we’d just like to point out that we don’t “own” or invent the idea, so build your own! 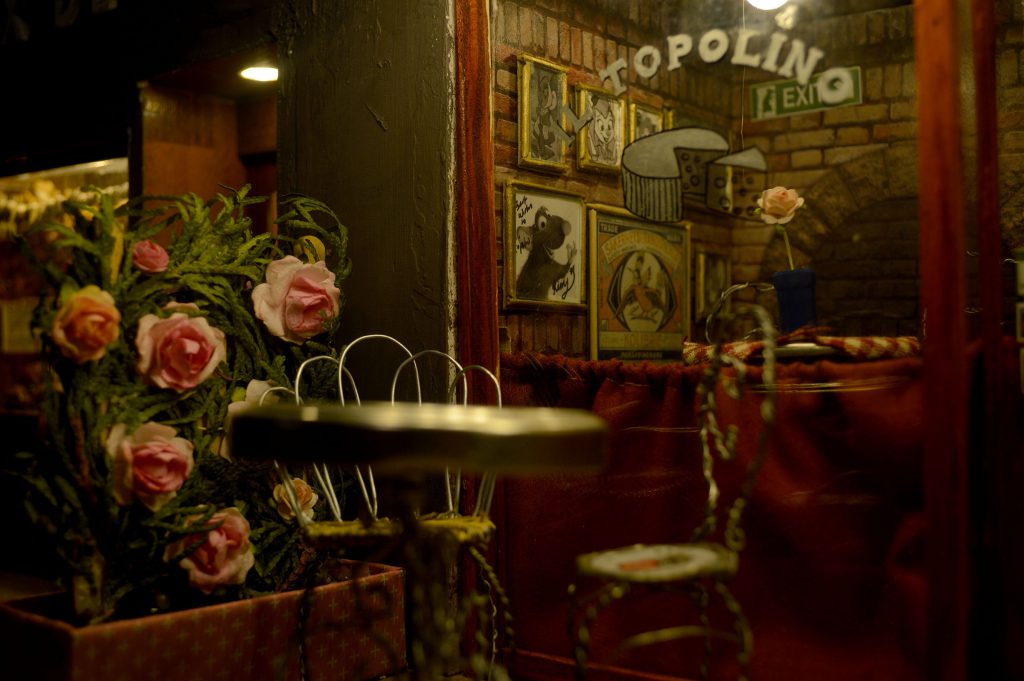 Would you like to share a dailymini exclusive with readers? If so, what’s something most people don’t know about you?

Most people don’t know our identities. But, a pun that was lost on a lot of people was the the ferris wheel in the amousement park was built with sweet corn-cans, because sweet corn in Swedish is “majs,” which is pronounced mice. Very few people got that.

All our scenes are filled with references to things and a lot of the time they go unnoticed. (People did get that Il Topolino is Italian for Mickey Mouse, but did missed that in the window of the nut shop there was a tiny ad for Albatross Airlines, the airline in The Rescuers.)

Anonymouse is a loosely associated network of mice and men who create miniature scenes in urban spaces. Based in the town of Malmö in southern Sweden, these artists work just about anywhere. To follow along and see more work by Anonymouse MMX in Sweden, head over to Instagram. 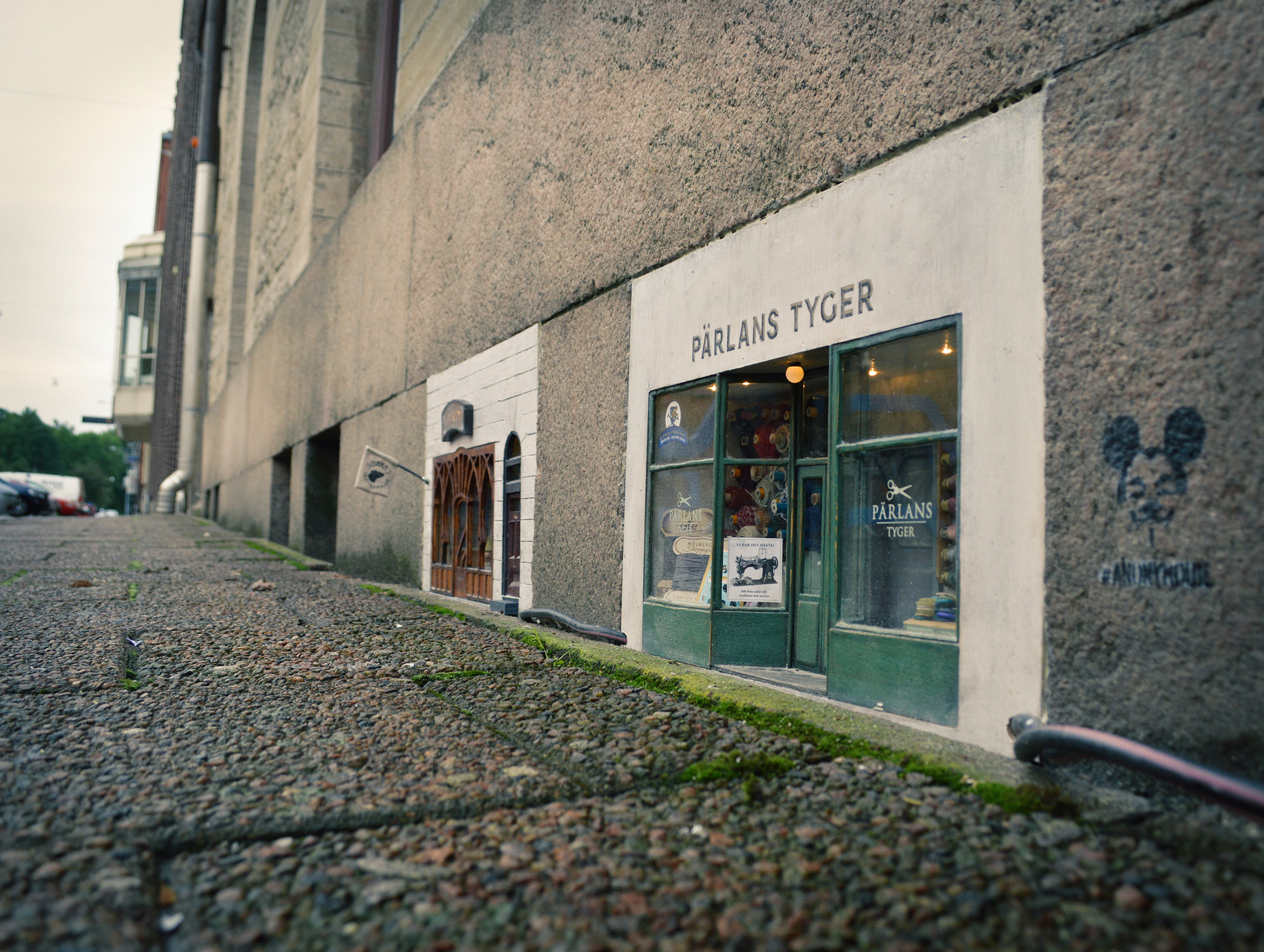 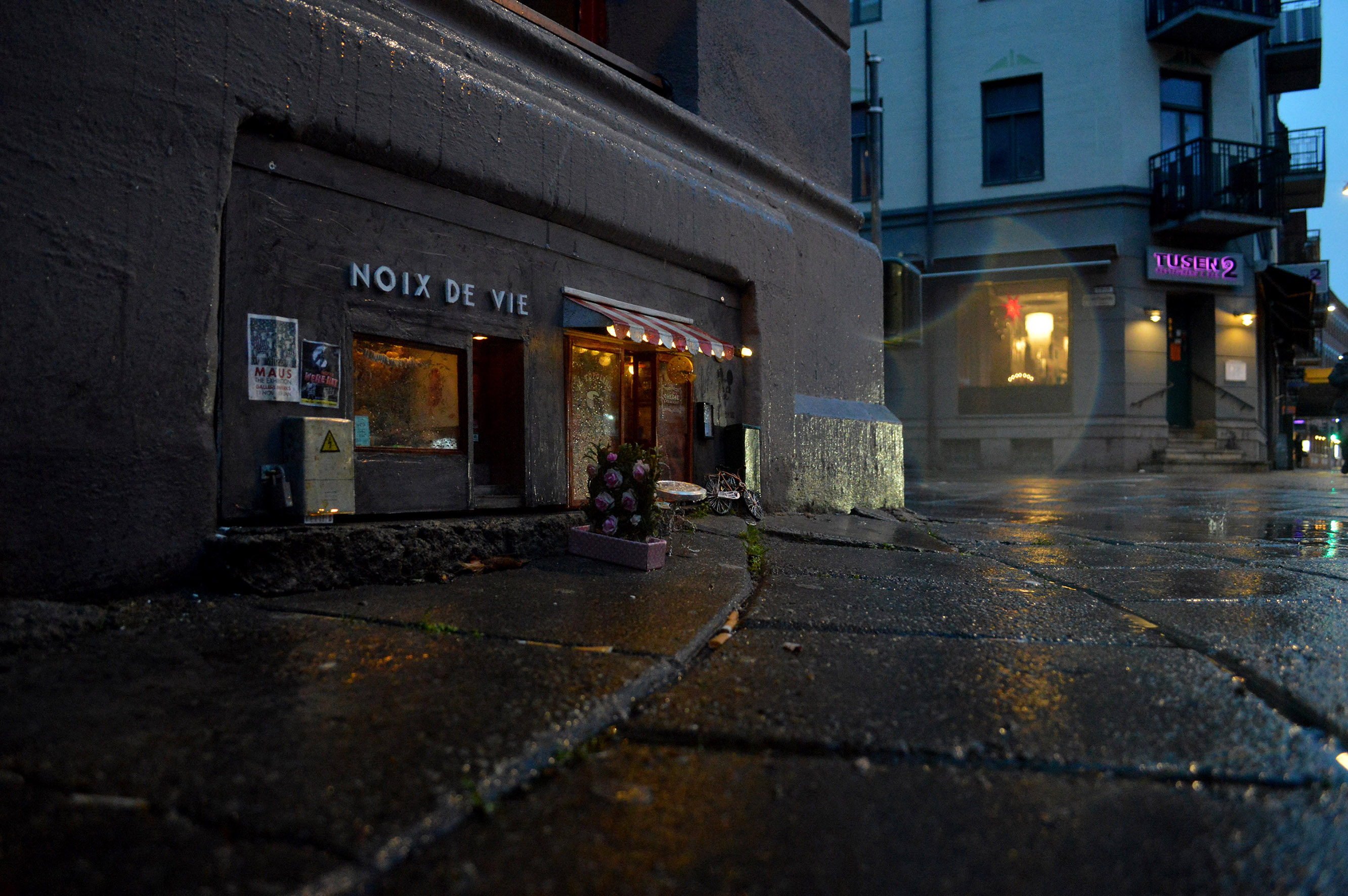 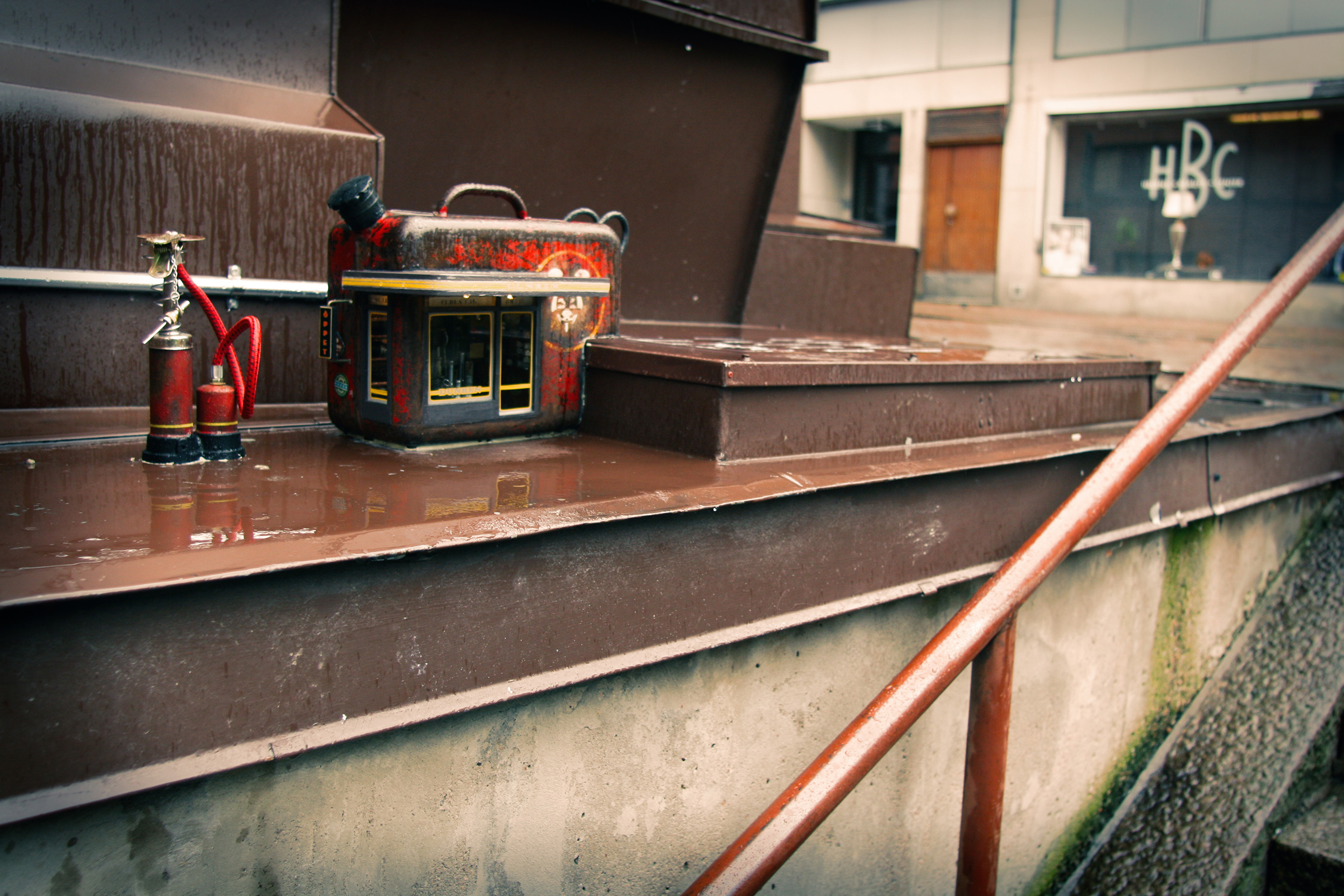