Miniature Sculptures by Thomas Doyle, Rendered in 1:43 to 1:87 Scale 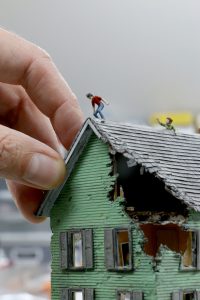 I was fascinated with miniatures as a child. At the age of four or five, I woke on a weekend before my parents were up, grabbed some Play-Doh, a piece of 2×4, and a cheap plastic penguin, and created a little scene: white Play-Doh for snow, blue for water. I was excited by the idea of a world made for the penguin; it seemed to take the toy to a new level, bringing it to “life” in a way I had not experienced before. That fascination continued off and on throughout my childhood, as I made environments for action figures and the like out of wood, shoeboxes, etc.

How did you first get started making miniature-centric sculptures?

At school, I studied painting and printmaking, and I enjoyed them both very much. However, after leaving school, I felt a little unmoored by a lack of the external driver of regular critiques and stopped painting. After a year or two of searching and travel, I decided the best thing was to do what would have made me happiest as a child. I may not be making art, I figured, but I would at least be doing something I loved. It turned out that I was making art – and was happy doing it. That was in 2002, and I am still at it. 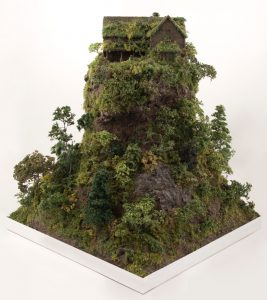 Do you remember the very first miniature scene you ever made?

The first scene I made as an “artist” depicts a snowy rock face with a cave opening, from which light emanates. The viewer peers into the hole to see an eight-year-old boy standing in a bright white room in front of an old kitchen table; a birthday cake sits on it. I still have it, though I’ve never shown it publicly – maybe one day.

What scale do you primarily work in?

Does a particular scene lend itself to a scale or do you find vice versa is true?

My earlier work was of a larger scale (1:43 to 1:50). However, when I decided to start working more with houses, I found that these were more widely available in the smaller 1:87 scale. That is probably the main reason that my work ended up in that scale; it allows me to depict larger scenes in a very compact space.

The figures used in my work are by Preiser, a German company that makes figures for architectural models/model railroading. 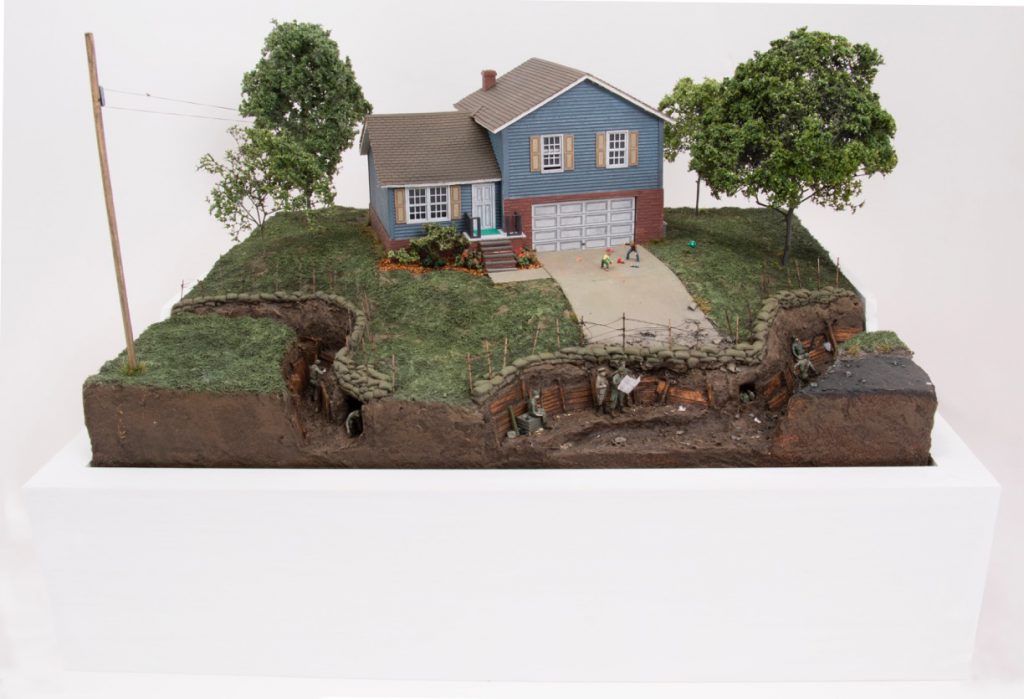 Tell us a bit about the work you’re displaying in the Hudson Valley right now.

My exhibit at The Hudson River Museum, which ran from February 8 to May 8, 2016, included 15 works from the past decade of my career. I created two pieces specifically for the show — a 16-foot model of a river which has been dammed in two places by enormous mounds of trash and refuse. A nice suburban home sits in the riverbed between them. I also created a piece that unfolds sequentially across five separate models; that work depicts a residential lot from raw forest to construction to home to flood, then returns back to cleared woodland. I also had a work called “Sapper” at Darren Scala’s shop D. Thomas Fine Miniatures in Hastings-on-Hudson through June 1. That piece is in the shop’s gallery space, where Darren features a rotating group of fine artists working in miniature. 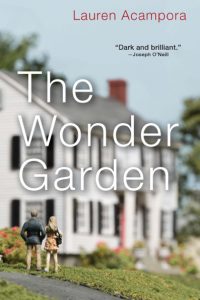 Do you have a favorite type of miniature sculpture to make?

After 10 years of it, I still really enjoy working with miniature houses. Houses in America say so many things about us — our ideas of security and insecurity chief among them. I view them as a member of the family, so they are a natural fit for me when I am creating works about interpersonal relationships.

Over time my work has gotten larger — while staying the same scale. Once I left my studio in Brooklyn, which was the second bedroom of the apartment I shared with my wife, I was able to take on larger, more ambitious projects. When we moved out of the city I suddenly tripled my studio space… and added to that a garage for a wood shop and a basement for larger works. It is safe to say the 16-foot river I created for The Hudson River Museum would have been difficult to craft in a 10’ x 12’ room… or carry down five flights of stairs. 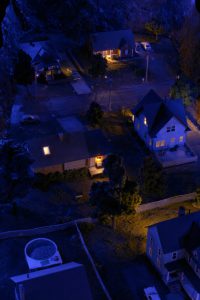 My most practical advice is as follows:

The loftier advice for any artist, but for miniaturists in particular, is:

In the world of fine art, I would like to see a move away from a focus purely on the size and scale of the miniature work. I have been included in a number of group and survey exhibitions that gather miniaturists together, and while these are important (and I am always grateful to be included!) I hope that curators continue to view miniature work on the same plane as contemporary painting, photography, and other art forms when they are putting exhibitions together. Miniature work should always provoke a sense of wonder at the scale, but the best artists working today transcend it to grapple with larger themes. I tend to think of fine art that says “Gee, isn’t this small?” as being the equivalent of a knock-knock joke; works that address larger ideas seem more like short stories. 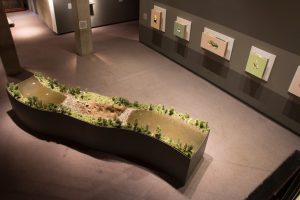 What would you like to see replicated in miniature?

That’s a tough question – a lot has been tackled already. However, I can tell you things I’d like to replicate that I haven’t yet tried – smoke, rushing water, explosions. So much to do, so little time.

What is the most memorable miniature you have ever seen?

A friend once lent me a magazine he bought in a Tokyo hobby shop that featured a work by an older Japanese miniaturist. In the work the artist has sculpted himself showing a young girl a diorama he has made; the diorama-within-the-diorama depicts the same scene, in smaller scale. On that miniature desk is another, smaller-scaled diorama of the man showing the girl a diorama, which again depicts the same scene… And so on. It was wild, and I am still kicking myself that I never wrote down the artist’s name. 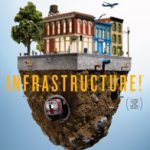 Any favorite artists working in miniature?

Ah, there are many, but the work that Lori Nix and Kathleen Gerber do is really fantastic. I think that Guy Laramee‘s work is just sublime; his work with books is so simple and yet so detailed. Incredible.

As a boy I wanted badly to enter the miniature scenes I’d encounter at museums and in dollhouses; I probably still feel that way to a certain extent. Miniatures allow me to escape into another world. Leaned over a work table, staring at just a few inches of the planet at a time – everything else falls away, and I feel at peace.

What’s to come from Thomas Doyle in the upcoming months and more?

My newest work is actually a departure from my previous miniature pieces, though it employs a comparable level of detail. 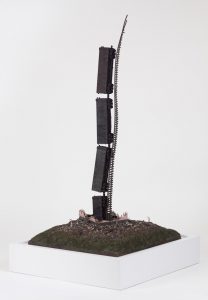 Now that I’ve either confused your readers (or piqued their interest) I’ll leave it there and just say it’s not ready to leave the nest. I am not done with miniature work (by a long shot) but am exploring a tangent for a while.

Words you live by?

There are quite a few, but a quote by designer Charles Eames rises near the top: “The details are not details. They make the product.”

Just a hearty “thank you” for your interest – and that of your readers. When I started doing this 14 years ago it was hard to imagine my work would be seen by so many people. I’m grateful for it.

Award-winning artist Thomas Doyle lives in Katonah, New York. To see more of his miniature works, please visit thomasdoyle.net and make sure to follow along on Instagram and Twitter. 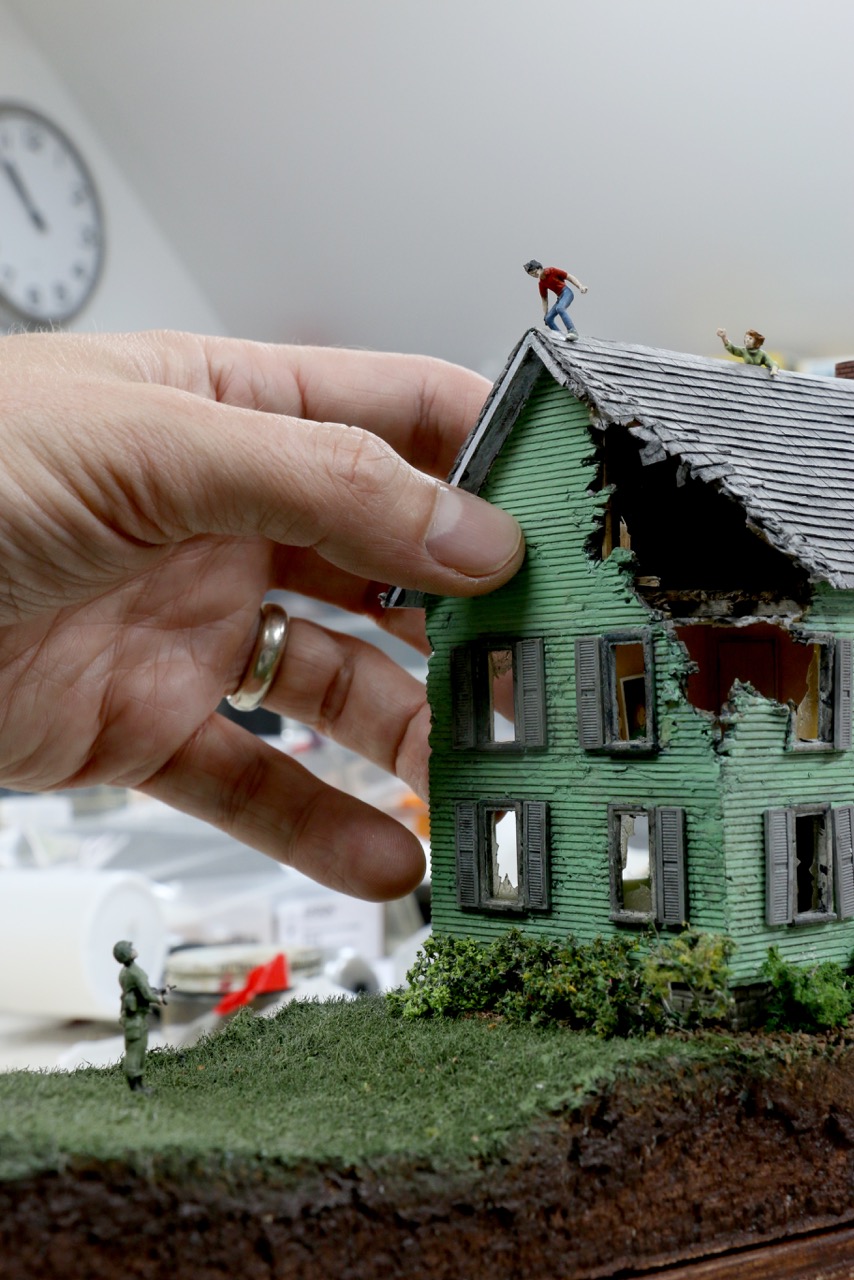