Ryan Terry of My Petite Art 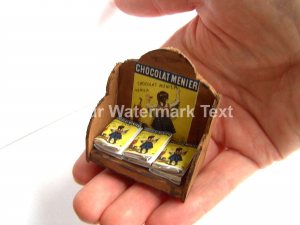 I first got interested in miniatures by accident, literally! I have always been interested in art, producing traditional portraits for friends, family, work colleagues without any huge success. Then in 2006, I injured my lower back doing some gardening and was out of work for a considerable length of time. During my rehab, I was listening to the radio when a story of a miniaturist artist, Dave Williams, was aired.

With limited neck movement and time on my hands, I decided to have a go at painting in 1:12 scale. I first painted some miniature Monets and I was quite pleased with the results.

Then two incredible things then happened. Firstly, all twelve of my Monets sold within days. And secondly, and probably more importantly, I found out that painting miniatures helped my concentration no end and really helped me to deal with my constant back pain. 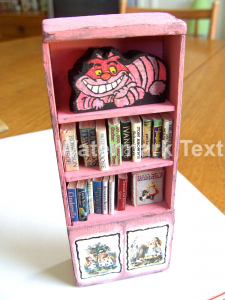 Soon commissions came, mainly from overseas, with a few challenging requests thrown in as well. I have discovered there are two types of collectors when in comes to miniature art. Those who like traditional artists: Monet, Van Gogh, Vermeer, etc. and those who want something unusual. Which is great as it keeps thing fresh. I love Vermeer, but after the umpteenth Girl With a Pearl Earring, it’s nice to paint something original or even something after a relatively unknown artist.

We all know about the great French Impressionists, and I am a huge fan of them but there are also wonderful Russian Impressionists who are just as worthy. Works by Aivazovsky, Malevich and Korovin provide great inspiration for me.

One particular commission always comes to mind when thinking about unusual miniatures. I was asked to paint a customer’s dog, an Australian Cattle Dog dressed up as Elvis Presley, complete with white suit and rhinestones! 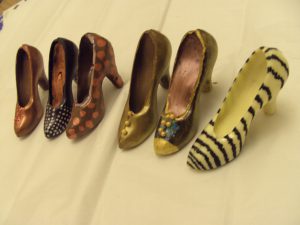 In recent years, I became an artisan chocolate maker which was enjoyable for a couple of years but didn’t have the same addiction as miniatures. So now, I have decided to combined my passion for chocolate with my passion for miniatures with my new 1:12 scale vintage chocolate displays.

How can we help preserve the future of miniatures?

It’s great having an online presence and very easy to start selling to a huge captive market. The downside is that the retail selling side and miniature fairs are really suffering. I think in the future, fair organizers need to combine their efforts and have less, but bigger fairs. 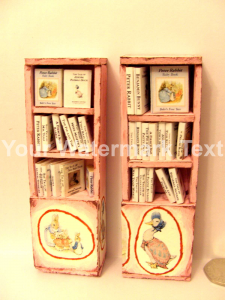 I love the idea of pop-up shops and one idea I’ve had for a long time now is to have a barge/canal boat and convert it into a floating miniature shop! It could travel up and down the many waterways of England, stopping off at all the major towns. First stop, would have to be my home town, Birmingham. Well, they do have more canals than Venice!

My Petite Art was created by Ryan Terry who’s based in Bournemouth, Dorset, UK. To add some of his miniatures to your collection, shop now on Etsy or head on over to Amazon. 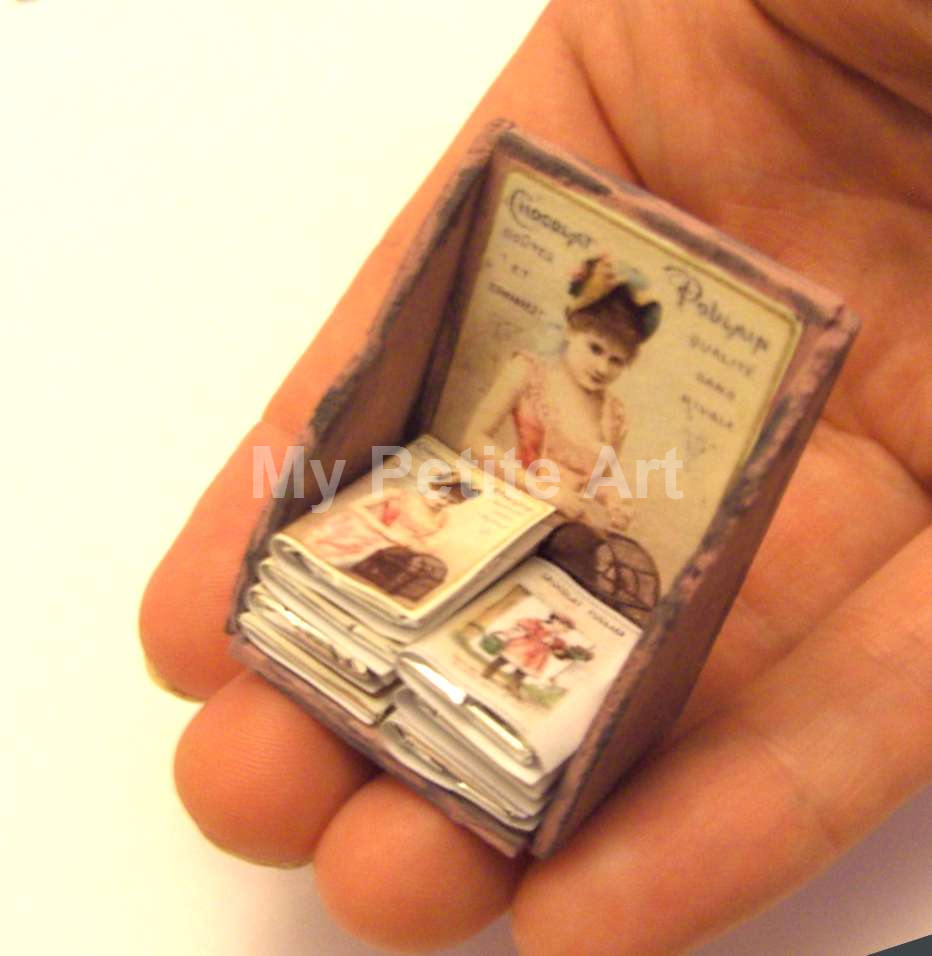