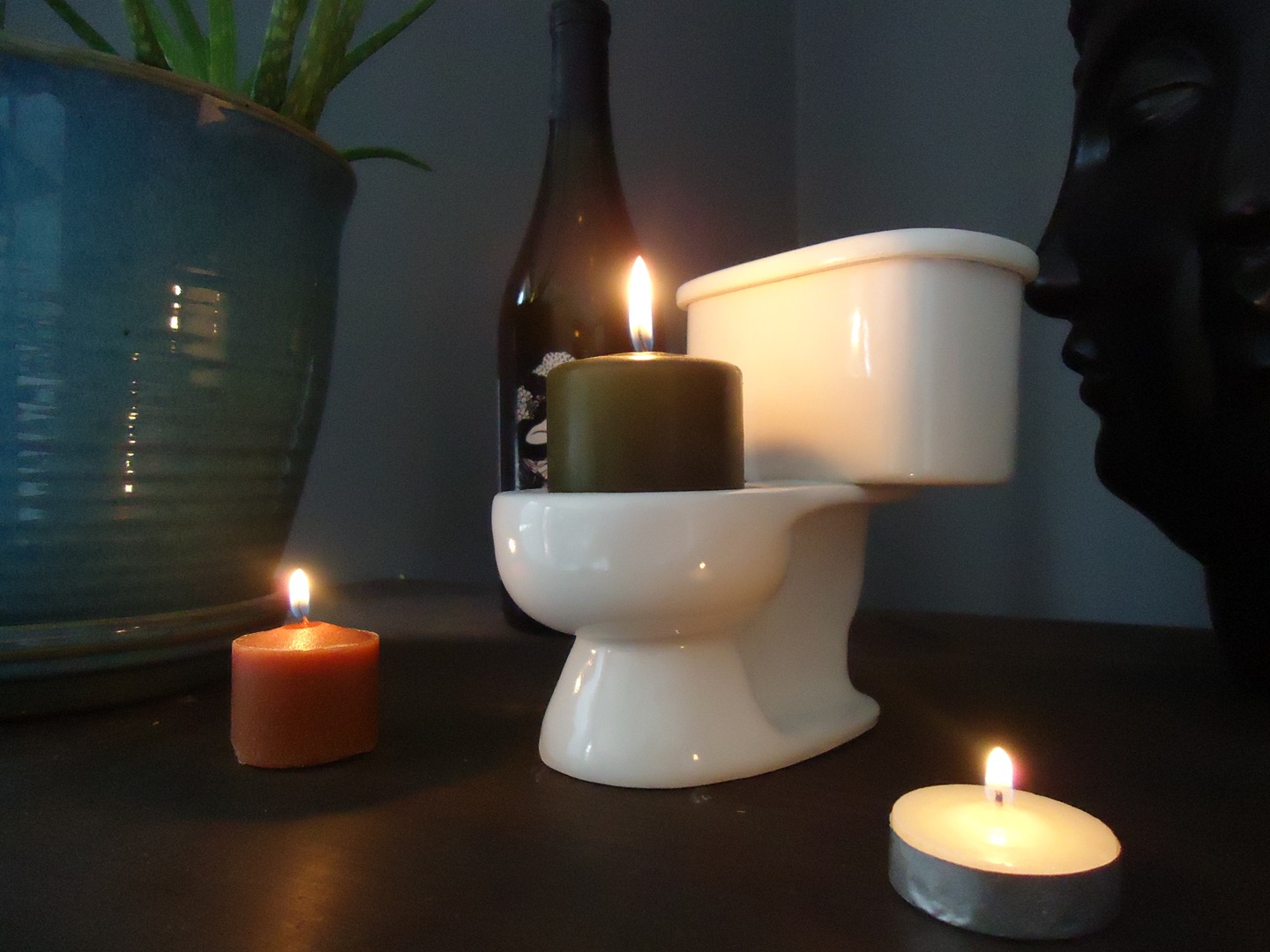 When and how did you begin working with miniature toilets?

My interest in miniature toilets came a bit later. I had always been interested in regular, human-sized toilets from a young age. I would have my Dad take off the toilet tank lid so that I could see how the toilet worked. That interest in toilets never went away. 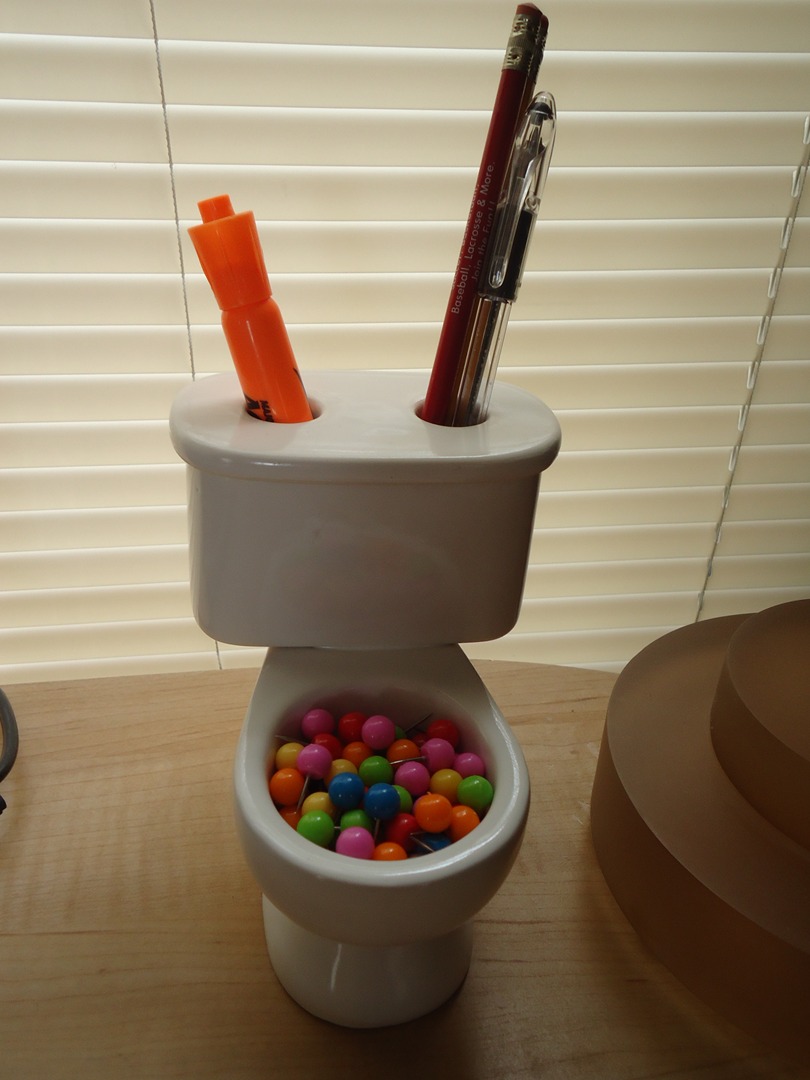 Years later, when I was in college, my Stepmom, obviously knowing of my artistic past, handed me some clay that she had been given by someone. I had some experience with clay, but not much. I was trying to figure out what to make with it. The concept of making art with water flowing through it captivated me… I just hadn’t figured out what the design would be. Then I thought about my interest in toilets and a light lit up. I posed the challenge to myself to see if I could actually make a tiny functional toilet with this clay. Within a short time, I had made a crude toilet. I ran water through it and it actually worked. A couple of years later I decided to revisit this functional tiny toilet idea, and I made a much larger one. At this point, my fascination with making these tiny toilets really began. I kept making more of them, each subsequent toilet being a little better than the previous one.  They all flushed, however, making a toilet that would hold water in the bowl and then when flushed, would make the signature gurgle sound was at first a challenge. Once I figured out how to make this happen I, from then on, just somehow knew how to make them all flush this way. Later, I added a water pump to the design, so that the toilet could refill like a human sized toilet. 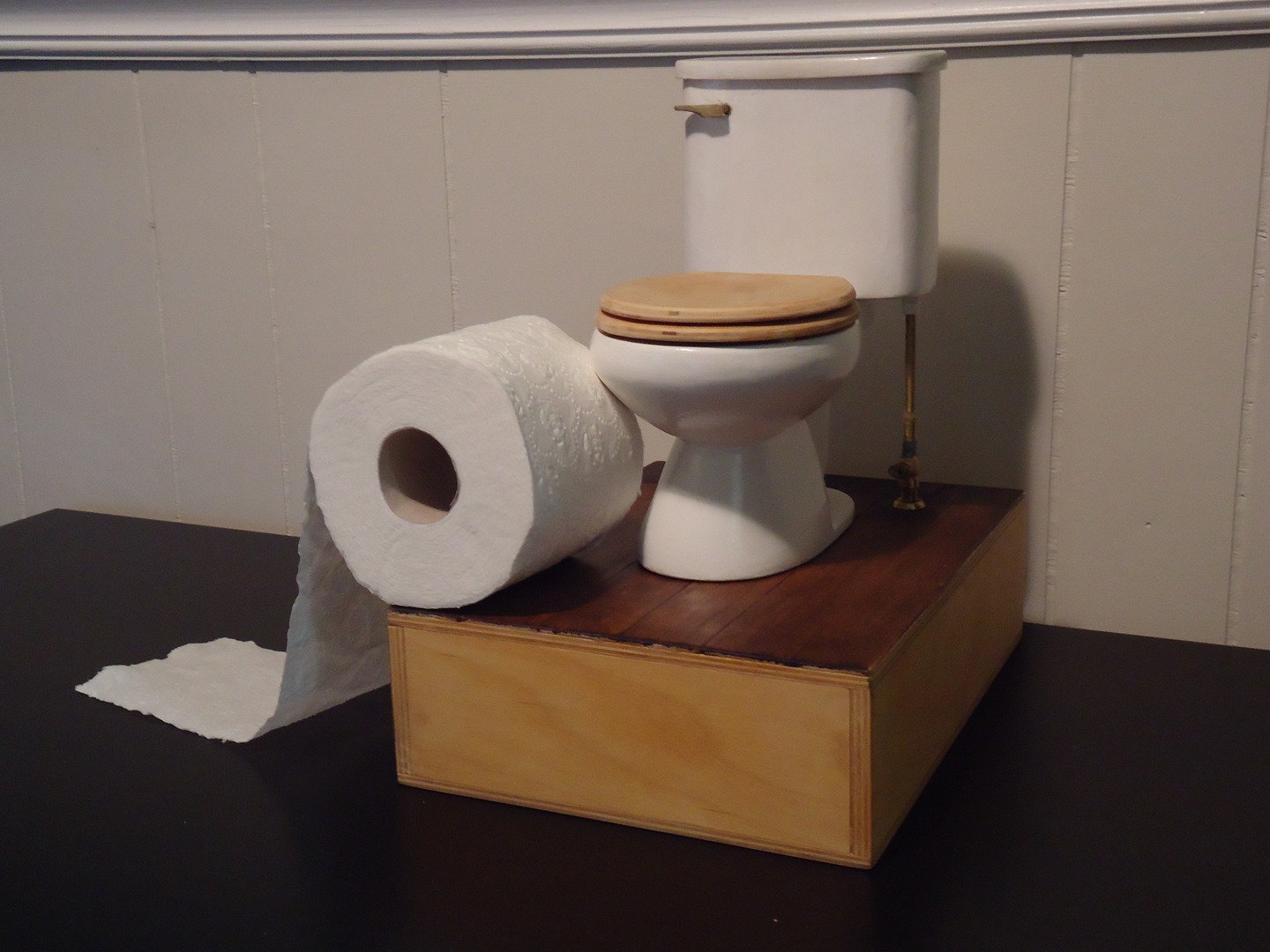 Tell us a bit more about the functional miniature toilet you created.

The functional toilet pictured on my website, which is the same toilet in the bathroom scene on YouTube, is no longer available. The toilets that I have posted on YouTube were 100% custom made, one of a kind toilets, which took an immense amount of time to make. I am now in the development stage of a new fully functional mini toilet, which is about the same size as the toilet from the YouTube bathroom scene. It is actually better though! It is more detailed and realistic looking, and is made from high fire clay just like a human-sized toilet. These toilets will be made from a series of molds and therefore made in multiples. By doing it this way, I can make a lot more of them and also lower the selling price. I project that these new fully functional toilets will be available to purchase by mid 2016.

Do what makes you feel good.  I know that it has become a cliché, but yes, do what inspires you. If you follow that path it will end up taking you on a journey like you never would have imagined.

One of the miniatures that really stands out to me is an art desk/table that I saw with an adjustable working lamp made by ULUS Miniatures. 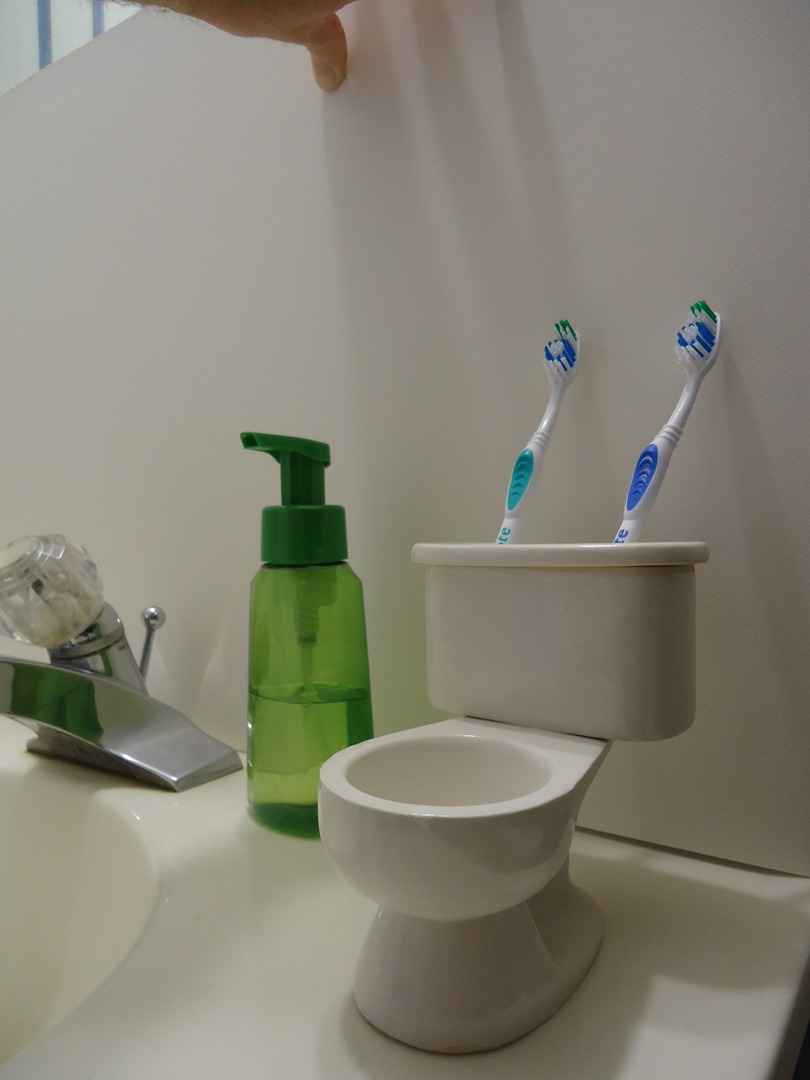 Plans to create other miniatures?

I also have another line of miniatures in the works. I am working on a 1:12 or 1 inch scale dollhouse toilet at the moment. It is also in the development stage. It will be highly detailed and contemporary in design. I am projecting to have this toilet available to purchase between late 2015 and early 2016.

What appeals to you most about your work with miniature toilets?

What really appeals to me about making miniature toilets is the challenge. It is quite a challenge from day one of starting a project to seeing it come to fruition and materialize!

Brad Green is the owner of BMG Miniatures. Based out of North Carolina, mini toilets by BMG Miniatures can be viewed on Etsy under the shop of bradgreen1. To see them in action, check out the Pottymaker YouTube Channel.